Am I a Job or a Believer in Christ

Like Job, we may speak what we don’t understand because we don’t know what God says about something. And when we aren’t sure of God’s Truth, we can have doubt. Healing doesn’t happen when believers doubt that God wants them well. Unbelief even stopped Jesus from healing many in his own hometown of Nazareth. When we don’t believe God, that is when questions arise, and we, like Job, question. We don’t need to question. We need to know the Truth of God’s Word.

“And you know that God anointed Jesus of Nazareth with the Holy Spirit and with power. Then Jesus went around doing good and healing all who were oppressed by the devil, for God was with him” (Acts 10:38, NLT). Jesus healed all who were oppressed and tormented by the devil. Job experienced the truth of the enemy’s torture. He didn’t have a Savior who was anointed with the Holy Spirit and the power to save him. Jesus showed that wherever God is, healing is available. After Jesus ascended, every single person who came into the body of believers in Jerusalem was healed (Acts 5:16). There was no doubt. Healing was believed and expected.

The enemy approached God and accused Job. God gave him access to Job. The enemy took everything Job had and made him sick and killed his children. How did Job respond to this? Job had a heart of integrity. But because of a lack of knowledge, he attributed his loss to God instead of the enemy.

“Naked I came from my mother’s womb, and naked shall I return there. The Lord gave, and the Lord has taken away. Blessed be the name of the Lord” (Job 1:21, NLT). This verse is used by many believers regarding anything that is not understood. Using this verse to explain what happens that we don’t understand, comes from a lack of knowledge of God. In Job 42:2-6, Job later repented for saying things he did not understand.

What does Jesus say about what happens when sickness or death or circumstances attack us?  “The thief does not come except to steal, and to kill, and to destroy. I have come that they may have life, and that they may have it more abundantly” (John 10:10, NKJV). Job said, “God took everything away.” Jesus said, “The thief did it.”

Job didn’t know the thief had attacked him so he attributed his pain, suffering, illnesses, and losses to God. Who do we build our belief system upon? Upon someone like Job? Or upon Jesus? Who knew what they were talking about? Job or Jesus? Jesus knew what he was talking about. Job didn’t.

If we are going to get rid of any doubt in our hearts that Jesus came to save and heal and deliver and give us abundant life, then we need to look at where Job was coming from and how he made these conclusions in his heart.

There are clear differences between Job life’s and our lives as New Covenant believers in Christ.

Job did not have a covenant with God. You cannot find in the Word where God had a covenant with Job. Job lived after the flood but before Abraham and the covenant of grace he had with God. In Genesis 15:1, God promised to be Abraham’s shield and reward. Job had no shield. God told Abraham to not be afraid. Job was afraid. No promises were made to Job. No covenant was in effect. He did not have the same confidence in God as Abraham did. Over 400 years later, Israel had a covenant of law with God. “The Lord will cause your enemies who rise against you to be defeated before your face; they shall come out against you one way and fell before you seven ways” (Deuteronomy 28:7, NKJV). The enemy that came against Israel would be wasted. Job didn’t have that covenant of protection.  The enemy came against Job.  Job had no covenant.

In Job 2:10, Job said that if God wants to bless me, alright. If not, so be it. If he wants to take it all, ok. If I have to accept adversity, ok. Job said this from the integrity of his heart. But with a lack of understanding and a lack of a covenant to define his relationship with God, he didn’t know any better.

“Every good gift and every perfect gift is from above, and comes down from the Father of lights, with whom there is no variation or shadow of turning” (James 1:7, NKJV). Every good gift comes from God. God doesn’t steal, kill, and destroy. He is not the thief. The enemy is the thief. Job didn’t know that. Job had no knowledge of the devil. He did not even know there was one. Job spoke nothing against God in the beginning but later he says over seventy times that God is his enemy.

“For the arrows of the Almighty are within me. My spirit drinks in their poison. The terrors of God are arrayed against me,” (Job 6:4, NKJV.) Job accuses God of shooting arrows of poison at his life. While he didn’t speak these things about God in the beginning, from chapter 3 onward, Job attributes his attacks to God. With our New Covenant knowledge of our relationship with God, we know these are the arrows of the wicked one (Ephesians 6:12-16).

Job thought the arrows aimed at him were from God. Paul knew they were coming from the enemy. Job wasn’t a born-again Christian. We are born-again in Christ. Job didn’t have the armor of God. He had no knowledge of the spiritual weapons that God provides. We do. Job didn’t have a covenant. He had no knowledge of the devil. We know that the enemy is a defeated foe. Job didn’t know how the enemy operated against him. We know how the enemy comes against us.  And we can put on the armor to stand against the enemy. We have the power and authority to use the spiritual weapons God has given us to defeat the attacks and lies of the enemy.

God is the giver of abundant life. He does not give and take it away. The enemy’s purpose is to take it. If we believe that God makes us sick for his glory and that He hurts us for His purposes, then we miss the whole saving Truth of the Cross. We will have doubt and miss the abundant life Jesus died to give us. Christ died and rose again to give us victory in all areas of our lives. And we have this victory through the authority He has given us to live and speak life.

It is important that we look at things in the Word that the enemy might use to create doubt in God’s faithfulness to deliver us and provide according to His Truth. Tomorrow we will finish by looking at a few more differences between Job and a New Covenant believer. 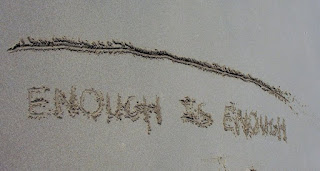