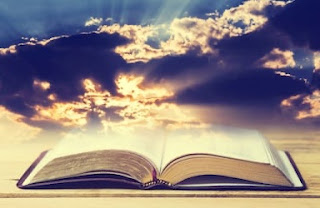 The Lord merely spoke, and the heavens were created. He breathed the word, and all the stars were born. For when he spoke, the world began! It appeared at his command.

God merely spoke the heavens into being. The world appeared at the command of His spoken Word. He breathed the Word, and stars were born. God breathed His life into the man he had formed from the earth. The Word is how God created the world. He spoke everything into existence.

“By faith, we understand that the worlds were framed by the word of God so that the things which are seen were not made of things which are visible” (Hebrews 11:3, NKJV). We believe God spoke everything into existence by faith. We didn’t see it, but we believe it. By faith, we believe the Word, and the Word of God says that we have the power of death and life in what we speak.

One morning Jesus gave the disciples a lesson in the power of the spoken word. They passed by a fig tree which Jesus had cursed the previous evening. Peter drew attention to it, and Jesus said, “Have faith in God. For assuredly, I say to you, whoever says to this mountain, ‘Be removed and be cast into the sea,’ and does not doubt in his heart, but believes that those things he says will be done, he will have whatever he says. Therefore I say to you, whatever things you ask when you pray, believe that you receive them, and you will have them” (Mark 11:22-24, NKJV).

God has given us the power to create with the spoken Word. We ask, believing. We speak what we believe. And when we speak the Word of God to our mountain or over a situation or a sickness, we speak His power—not our own. We don’t create anything. But God, working through us, does create. When we speak His Word, we speak with the same power that raised Jesus Christ from the dead.

“And I have put My words in your mouth. I have covered you with the shadow of My hand, that I may plant the heavens, lay the foundations of the earth, and say to Zion, ‘You are My people’” (Isaiah 51:16, NKJV).

You are His. He has given you His Word and has placed His Words in your mouth. Speak His Word and believe what you speak. The power of life is in your tongue.