If You Love Him

Each one of us make mistakes. We fail each other unintentionally. We sometimes fail each other when trying to encourage or help each other. Caring for someone else is personal, and intimacy makes us vulnerable. It is during these times when we are vulnerable that we run the risk of being hurt. Loving and caring for someone is a risk, but it is also the greatest reward. It is in giving ourselves away that we discover more of Christ in our lives. Jesus showed this kind of sacrificial love when He gave His life for us. But sometimes in this giving ourselves away, we fail. Peter also failed. He failed Jesus at a coal fire the night before his death. He denied he even knew him. It was not Peter's intention to deny him. In fact, he had claimed earlier that he would never deny his Savior, but Jesus knew better. He knew Peter's human heart, and in the moment of crisis what would happen.

Have you ever failed a friend or someone who God has brought into your life? What do you do when that happens? You ask forgiveness from the Lord and from that person, but often you can't forgive yourself for your failure. You heart is torn and broken, and you become paralyzed—unable to move forward, speak, or do anything for fear of another failure. Peter hid after denying Christ. He was unable to bear his failure. Just as Jesus did not want Peter to hide in his misery, He wants the same for you and me. He wants us free of the pain of failure so we will continue to reach out to others.

Consider Peter and his brokenness after denying His Savior three times at a coal fire the night before His crucifixion. It was Peter's failure to forgive himself that finally brought him to another coal fire where Jesus waited. Peter had hidden himself long enough. The time for healing and restoration had come. In John 21:15-18 Jesus restores Peter's brokenness from his failure by asking Peter three times if he loves Him. Three times Peter had denied Jesus, and now it is no accident that Jesus asks him three times if he loves Him. Peter faces the Master He has loved and failed. He says what is really in his heart, and with each word he reaches for forgiveness. “Lord, you know that I love you,” he says. Each time Peter answers Jesus' question of “do you love me”, Jesus says to Peter “feed my lambs—take care of my sheep—feed my sheep.” Jesus doesn't focus on Peter's failure because the failure is past. Peter has been forgiven. He instructs Peter to focus on “feeding the sheep” and not on his failure. Jesus lifts the broken man to restoration and healing. It is no accident that this has occurred by a coal fire. The thought of a coal fire will never be one of failure for Peter again. It will be his place of healing.

Do you need Jesus to lift you from the bondage of failure that immobilizes you—that keeps you from living an abundant life in Him? He waits for you at your own coal fire. Your place of failure is not meant to be your defeat. He waits to make it your place of victory. Meet him there. He just asks you if you love Him.

His Revelation for You

Beloved, I pray that you may prosper in all things and be in health, just as your soul prospers. —3 John 2   If you believe that God wan... 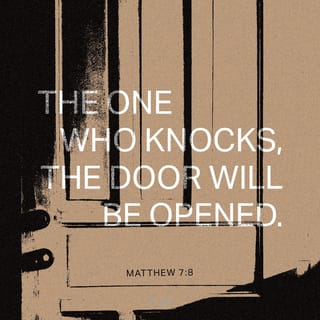