“Consider it pure joy, my brothers and sisters, whenever you face trials of many kinds” (James 1:2, NIV).

James, the brother of Jesus, did not believe in Jesus as the son of God until after the Resurrection. After his conversion James became a leader in the church in Jerusalem, and eventually became the head of the church there. In this verse he addresses Christians in Jerusalem who face persecution because of their beliefs, and he encourages them to consider the trials of their faith as joy. James calls it “pure” joy. It is the kind of joy that has been refined in the fire of life. All impurity has been burned away, and only the purest element remains.

A trial tests strength. For the early Christians and for us, it tests our faith, our honesty, and our spiritual ability to withstand the world's onslaught. You don't know how strong or how weak your faith might be until it is tested by a trial. James declares that our lives are filled with trials. We may be plagued by illness, or a financial crisis. We may face the death of someone close to us, or great loss in other ways. Someone may take advantage of us, and perhaps we may be falsely accused of something we didn't do. The phrase “whenever you face trials” reveals that trials are just unavoidable. You can’t escape them. The Lord does not insulate us from the trials of life. He allows them to shape us and, hopefully, make us stronger. Look at Job. He believed in God, and was a righteous man. God allowed Satan to test Job, and his whole life was a massive trial. Trials can make us bitter or they can make us better. Job would not turn against the Lord no matter what came against him. “He knows the way that I take,” Job declared. “When has tested me, I will come forth as gold” (Job 23:10, NIV).

Job's attitude during his horrendous suffering was paramount for his faith in God to flourish. Your attitude in the midst of life's trials is paramount for you to spiritually become the person God intends you to be. You can just endure with a bitter attitude, or you can consider whatever you face as something which will make you stronger–something which will burn away the impurities of bitterness and negativity. Job's kind of attitude makes the best of whatever happens. It sees positive whenever faced with trials and struggles. It believes in God's best no matter what it hears or sees. It believes in the potential that only God sees. That kind of attitude turns what Satan can use to destroy you into what God can use to prosper you (Romans 8:28).

“Consider in pure joy,” James writes, “whenever you face trials.” God wants you to spiritually grow and realize that trials can actually produce joy which remains strong and unshakable. When tested and fired in the kiln of life, this kind joy becomes refined as gold, and nothing can rob you of its promise. You have fought for it, and allowed it to define your life. It is joy of the purest kind.

There is no fear in love; but perfect love casts out fear, because fear involves torment. But he who fears has not been made perfect in ... 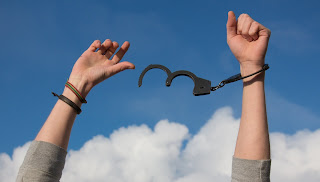