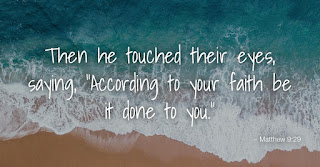 —Believe for It by CeCe Winans

We praise God for moving the unmovable and breaking the unbreakable. We tell Him that we believe for it. But do we?

If we truly believed what God says is true, we would live as if we believe it—without fear—without doubt. But we can’t live what we say we believe when deep within we hold on to doubt and fear.

God has not given us a spirit of fear but of power, love, and a sound mind (2 Timothy 1:7). A sound mind grounded in the love of God is able to conquer doubt and fear more quickly. The power to exercise faith is available to believe and cooperate with God’s Word.

“If you can believe, all things are possible to him who believes,” Jesus said to the father of the demon-possessed boy. Immediately the father of the boy cried out, “Lord, I believe! Help my unbelief!” (Mark 9:23-24).

It is possible to have belief and unbelief at the same time. When we say we believe the unmovable will move but then exhibit doubt, double-mindedness will keep the unmovable from moving. Doubt will choke out a promise and make the unbreakable impossible to break (James 1:6-7).

God’s truth always trumps the facts of our lives. We choose to believe God’s truth is greater than anything else.

“Do you believe I can do this?” Jesus asked them.

Then He touched their eyes, saying, “According to your faith let it be to you.” And their eyes were opened. (Matthew 9:28-29).

According to what we believe we will receive. The unmovable will either remain or be removed.

Keep choosing faith over fear and doubt. When we choose to believe and cooperate with what the Word says is true, our belief in the promises of God matures. Doubt is more easily conquered. When we know the truth of God’s Word—when we have confident assurance of who we are in Christ, we have the faith to believe the impossible. And…

—Believe For It by CeCe Winans

However, we speak wisdom among those who are mature, yet not the wisdom of this age, nor of the rulers of this age, who are coming to nothin... 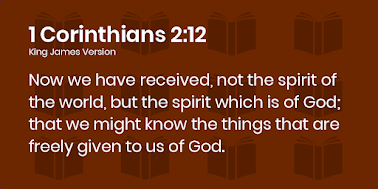