The Fear of Man 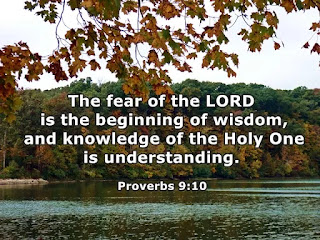 The fear of the Lord is the beginning of wisdom,
And the knowledge of the Holy One is understanding.

The fear of man and what he thinks can keep us from receiving wisdom from God. The choices we make to follow the Lord or to yield to the will of man govern the amount of wisdom we will receive. Whenever we yield to our human need for acceptance and recognition, we forfeit God’s wisdom. Anything that feeds selfishness or pride keeps us from the wisdom that comes from an intimate relationship with God.

If we want God’s wisdom in our lives, Proverbs 9:10 says the starting place is the fear of the Lord. This fear of the Lord is not being afraid of God. Instead, it is placing higher importance on God and His Word than on the judgments, requirements, and opinions of others. We cannot walk in the wisdom of God until our respect for the Lord is a higher priority than what other people think and believe is best for us.

The fear of man brings a snare, but whoever trusts in the Lord shall be safe.

Trusting God over the opinion of others brings life and peace (Romans 8:6). But yielding to the opinions of others for your life instead of yielding to God’s purpose ensnares you in emotional bondage and restricts your potential. The fear of man will cost us God’s wisdom and eventually the respect of those we have tried to please. Look at Saul. He told Samuel, “I have sinned, for I have transgressed the commandment of the Lord and your words, because I have feared the people and obeyed their voice” (1 Samuel 15:24, NKJV). Saul humbly began as king and ended his reign in pride and destruction.

God also rejected Eli. Eli’s sons brought dishonor to God with their sinful behavior. Though Eli was well aware of their behavior and asked them to quit, he took no action to stop them. Eli honored his sons and what they thought of him more than he honored God. Eli’s choice not to walk in the fearful respect of the Lord, ultimately cost him his children, his recognition as a man of God, and his own life.

David, however, responded to Nathan the prophet when confronted about his sin with Bathsheba. He knew God’s truth was best for his life. He repented immediately and said of God, “You desire truth in the inward parts, and in the hidden part you will make me to know wisdom” (Psalm 51:6, NKJV).  He realized that a forgiven and open heart to God would bring God’s wisdom.

Jesus is the greatest example of listening to God instead of men. He certainly ignored the religious leaders of his time and had no desire to appease them or seek their good opinion. He also chose to honor His Father’s will over the occasional advice of those He had called to follow Him. The emotional pressures of others did not move Jesus. His delight was in the fear of the Lord. He did not respond to what his eyes saw or his ears heard from others (Isaiah 11:3). Jesus walked completely in the wisdom of His Father.

Do I walk in the fear of the Lord or the fear of man? Do I esteem the Word, which is Jesus—God-in-the-flesh full of grace and truth—as my highest priority (John 1:14)? Or do I think more of what others think trying to win their approval? Yes, we all desire to be accepted by others—especially those we care about and think highly of. But when we desire God’s wisdom above all else, putting Him first is always the beginning.

“Wisdom is the principal thing; therefore get wisdom” Solomon wrote. “And in all your getting, get understanding” (Proverbs 4:7, NKJV)

“We do not cease to pray for you,” Paul said, “and to ask that you may be filled with the knowledge of His will in all wisdom and spiritual understanding” (Colossians 1:9, (NKJV).

The fear of man will pull us out of the will of God and His plans for us. The wisdom of God is always found in placing God’s desires above what others think. When you are filled with God’s wisdom and spiritual understanding, the opinion of man takes second place to God’s opinion. You trust God over the opinions of others. You choose Him.

God's Power Working in You

During the last few devotionals, we have looked at how to stand believing for God’s promises by putting on each piece of God’s armor. Th... 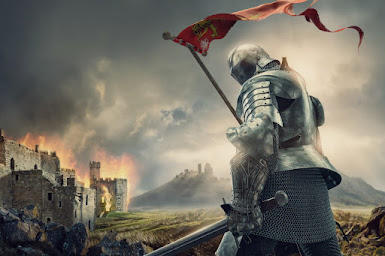