“When they arrived, Samuel saw Eliab and thought, 'Surely the Lord’s anointed stands here before the Lord.' But the Lord said to Samuel, 'Do not consider his appearance or his height, for I have rejected him. The Lord does not look at the things people look at. People look at the outward appearance, but the Lord looks at the heart'” (I Samuel 16:6-7, NIV).

In this Scripture God has sent Samuel to Jesse of Bethlehem with the instruction that He, the Lord, has chosen one of Jesse's sons to be the new king. Samuel looks on the outer appearance of Eliab, and immediately believes him to be God's chosen. But God lets Samuel know that Eliab is rejected. He is not the one. God has chosen David, a simple shepherd boy, to be His anointed.

How many times do we look on someone's outer appearance, whether in looks or clothing or size or manner, and judge who they are? How many times have we done as Samuel, and expected God to choose a particular someone for a purpose only to discover that our choice was not God's choice? How many times do we believe we know what is going on in someone's life only for God to show us that we know nothing at all? We really do not know the depth of that person's heart. Man always perceives with what his physical eyes see. But God wants us to look on others with the openness of His heart and His Spirit. He wants us to be able to see past any perceived fault and recognize the potential that God knows is there.

God saw promise in a shepherd boy. He saw David's heart, and knew His potential. Not only does God see the potential in other people and does not want us to judge them, God sees potential in our lives, too. What we do to others, is often returned to us. To recognize what God sees in us, we must seek to see what He sees in others. It is then that God's instruction to “to not judge lest ye also be judged” is closer to being understood.


I am thankful this morning that God always sees His potential in me. I may fail, but He sees my promise. I pray that I extend the same to others. Often the quiet “Davids” are passed over for the others who shine. I pray to always have His eyes to see potential in the hearts of those He brings into my life, and to realize that they are chosen for greatness.
at June 01, 2015

The Gospel of Peace

You know that prayer—the one that you prayed believing and then time and the enemy came against you?  It is still powerful in Jesus’ name.... 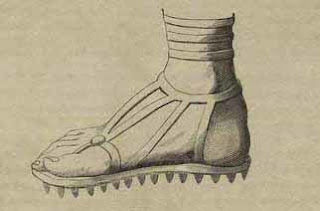