ACCORDING TO YOUR FAITH 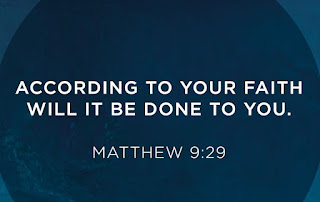 Abraham was fully convinced that God—who had promised him in his old age that he would be the father of many nations—was able to provide that promise. Being fully convinced is believing without a doubt. Are you fully convinced? What promises are you hanging on to? What does God’s Word say about your circumstances or your healing?

What you see in this physical world are facts. Facts that are real in the natural aren’t the same as God’s Truth in the supernatural. His Truth has the power to change the facts. God’s Word surpasses facts, and when His Truth is believed by faith, it ultimately changes them. Abraham didn’t waver at God’s promise through unbelief. In the natural, he couldn’t see the fulfillment of His promise. He and Sarah were way too old, but he completely believed God. Abraham praised God for what he hadn’t yet received. Instead of the facts defeating him, his faith was strengthened.

Faith is the evidence of things not seen (Hebrews 11:1). It takes no faith to believe facts. You can see them. It only takes faith to believe the Truth. That is why we are told to walk by faith and not by what we see (2 Corinthians 5:7). Faith comes by hearing the Word (Romans 10:17). The Word is Truth (John 17:17). The Truth that you HEAR and you KNOW in your heart will set you free (John 8:32). God’s Truth doesn’t benefit your life if you don’t believe it by faith.

If we are going to see the supernatural power of God rise up in faith from within us, we have to connect what we believe and how we think to God’s Word. Then we can see God actually making a difference in our lives and someone else’s life. It is easy to identify with what you see—especially when you see symptoms of illness or problems in circumstances. To walk by faith and not by sight, you have to intentionally choose to have faith in God’s Truth over what you see.

Do you doubt? Do you believe facts over His Truth? Face the facts in your life, but believe what God promises in His Word. The facts of your physical life—sickness or circumstance or need—can change when you believe His Truth.

A father of a demon-possessed boy asked Jesus to help him.

“‘What do you mean, If I can?’ Jesus asked the father. ‘Anything is possible if a person believes!’ The father instantly cried out, ‘I do believe, but help me overcome my unbelief’” (Mark 9:22-24, NLT)!

Jesus told the father to believe the impossible no matter the fact that his son was demon-possessed. The father cried out to Jesus to help his unbelief. And the boy was delivered. Do you ask the Holy Spirit to help you believe God’s Truth over the facts that you see?

Two blind men followed Jesus asking him to have mercy on them.

Faith doesn’t create anything. It only provides what Jesus has already created for you with the gift of His life. Believing by faith in God’s Truth is the power that alters your reality. Are you fully convinced that God’s Truth is greater than any fact before your eyes? Instead of the facts defeating you, allow faith to strengthen you. According to your faith, it will be done. 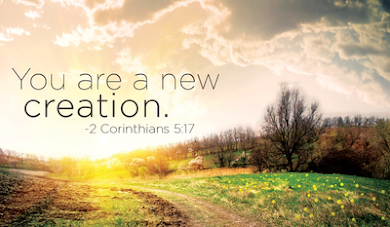