“Teacher,” they said to Jesus, “this woman was caught in the act of adultery. The Law of Moses says to stone her. What do you say?” They were trying to trap him into saying something they could use against him, but Jesus stooped down and wrote in the dust with his finger. They kept demanding an answer, so he stood up again and said, “All right, but let the one who has never sinned throw the first stone!”
—John 8:4-8 NLT

The law exposes sin; it does not heal it. The Old Covenant, the Law of Moses, called for stoning to death for this woman caught in adultery. But Jesus didn’t look on that woman who sinned through the eyes of the law. He looked upon her with love that was ready to give His life for her freedom. The men surrounding this woman demanded that the Law of Moses be satisfied by stoning her to death. But the soul of this woman was precious to Jesus, and He knew she needed to experience His forgiveness. He looked beyond her sin, and saw her need. The Old Covenant law could only be completely satisfied with the gift of His life. He knew He would give His life for her on Calvary, and His grace would set her free.

Did the men who were gathered around her know His purpose? They didn’t understand He had come to not only set the woman free, but to set their own hearts free from the hatred that consumed them. Jesus listened to their accusations, and stooped down to write something in the dust with his finger. No one knows what He wrote. I believe He prayed for them and waited for the sting of hatred to calm. Their hatred and their demand for retribution was not going to be satisfied according to the law. It could only be satisfied through a heart change that only He could bring.

In one moment Jesus directed their retribution away from the woman caught in sin. In one moment He asked them to look at the state of their own hearts. If they had no sin, then they could stone her. In that one question He spoke the reason He had been born. The letter of the law would only be satisfied by  His love written on the human heart. No one lived perfectly, and they knew it.

“Do not judge,” Jesus said in Matthew 7: 1-2, “and you will not be judged. For you will be treated as you treat others.”  Do we throw stones?  Do we accuse and not look at the state of our own heart?  Jesus waits for us to realize that the sin we carry is what will stone us to death. He offers new life through the gift of His own. Forgive, He says, and you will be forgiven.

The woman’s accusers are suddenly gone when the state of their own hearts are revealed. Jesus looks at the woman and asks her where her accusers are. No one is there demanding and calling for her death. His love has set her free. “Go and sin no more,” He whispers. The death she expected has been replaced by life. The call to “go and sin no more” is also for her accusers who could not remain in Jesus’ presence after His question. If we are to remain in His presence, throwing stones is never the answer. His forgiveness and love are. 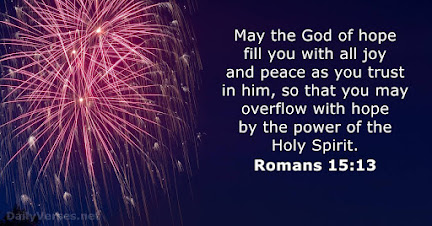