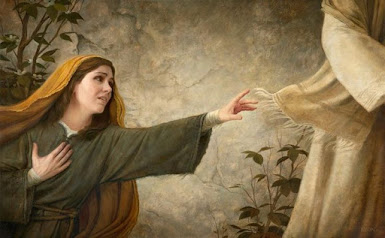 Often, we allow our faith in healing to extend to only what we have experienced. “If you believe,” Jesus told the father of the epileptic boy, “all things are possible!” You are familiar with the healing Jesus brought to those tortured and sick during His ministry on earth. He hasn't changed. He still heals now because He’s the same yesterday, today, and forever (Hebrews 13:8). Don’t allow your experiences in life to limit what Jesus can do for you today. The epileptic boy in Mark 9 had suffered forever, and suddenly He was healed.

Let's look at two other people who might not have benefited from the healing power of Jesus because of their different life experiences. The woman spent everything she had seeking healing. She believed if she could only touch Jesus' clothes that she would be healed. The other was a ruler in the synagogue, a man of the law, who feared losing his daughter and reached out to the very person who was held in suspicion by many of his peers. It was a day like none other in the lives of these two people.

A disturbance held up Jesus and Jairus as they went to his house to see his sick daughter. The street was crowded with the throngs of people following them. On the way, a woman that had bled for twelve years touched Jesus’ garment, and He felt His healing power go out from him. “Who touched me?” Jesus asked. He looked around to see who had done it. The woman came to Him, trembling in fear, knowing what had happened to her. She fell before Jesus and confessed what she had done. Jesus said to her, "Daughter, your faith has made you well. Go in peace, and be healed of your affliction."

“Your faith has made you well,” Jesus had told the woman. And then Jesus had said to Jairus, “Only believe.” There is not one place in the Bible where someone came to Jesus and didn’t receive healing. The question is not if it's God's will to heal us. The question is, "Do we want Him to heal us?"

This woman had stopped the Teacher from getting to his house in time. And now he was told his daughter was gone.  They had all heard the man’s report that the girl was dead. And it was a real report. She was dead. But Jesus knew that His Father had the final word—the final authority. "Only believe," Jesus had said to Jairus. And Jesus and three of his disciples kept on moving toward Jairus’ house.

Don’t allow what you have experienced or what man has told you to create doubt that Jesus will heal you. Jairus could have been offended, hurt, and mad by the disruption caused by the woman on the way to his house. After all, his daughter was dying. Jairus could have used his authority as a ruler in the synagogue to remove the woman when she halted Jesus, but he didn’t. Jairus waited, and he heard of the woman's healing at the very moment he heard his daughter had died. He thought about what the Lord had told this woman. “Your faith has made you well.” And then Jairus thought of what Jesus had said to him. “Only believe.”

Jesus and the three disciples he had chosen to go with him stepped into Jairus’ house and encountered a tumult of weeping. And Jesus said to them, "Why make this commotion and weep? The child is not dead but sleeping." When they ridiculed Jesus, He put them out. He took the father and the mother and the three disciples and entered where the child lay. He took her by the hand and said to her, "Little girl, I say to you, arise." Immediately the girl arose and walked. The disciples, Jairus and his wife were all amazed.

Jesus asks us to "Only believe." He says, "Your faith will make you well."  He then asks us what He asked the man at the pool of Bethesda, who had waited for thirty-eight years to be healed. "Would you like to be well?" (John 5:1-9).