Not everyone deals with unforgiveness that defines their every waking moment, but some people are consumed with it. They can't offer forgiveness to others because they haven't allowed the grace of Jesus to transform their minds and soften their stony hearts. When you are unable to receive Jesus love and allow it to change your heart, you are unable to give forgiveness and unconditional love to other people. When you can't forgive, you don't have healthy relationships and end up in emotional conflicts that tear lives apart. When you can't receive and give God's grace, you end up in a vicious cycle of unforgiveness. It is so sad that the servant in this parable in Matthew didn’t realize that his debt was completely canceled, and in his misunderstanding thought he still had to collect money in order to pay it off.

What if that servant in the parable had heard his master correctly?  What if the knowledge of his new debt-free state had penetrated his mind and heart? Joy would have seized his heart. Peace would have settled fear in his mind. The exorbitant amount owed to the master could have never been repaid any way. If only that servant had received the message that the master had wiped his slate clean! Jesus, your Master, wipes your slate clean. A miracle happens when the grace of Jesus seeps into the depths of your very being. The vicious cycle of unforgiveness ends. The unaccepted become the accepting. The unforgiven become the forgiving.  Emotional conflicts that result from a hardened hearts are healed. The Holy Spirit flows, reviving and healing, when you don't live with the heart of a debt-collector. If the servant had received his master's forgiveness, he would have also forgiven the servant who owed him money. He would have received the grace of the master, and passed it on.

When you completely allow the grace of Jesus to change your heart, you are free to give His love away with no reservation. You just love because He first loved you. However, when you refuse the forgiving grace of Jesus, you continue on like the debt-collecting servant in the parable. Others “owe” you their affection and love. Since you feel indebted and resentful, you pass on your anger and frustration. Unforgiveness begets bitterness, and locks you in its debtor’s prison. But grace freely fosters joy and peace, and sets you free.

Has His grace totally transformed your heart to the place where you realize you are debt-free, and that you can pass along that freedom to others? Is there someone you resent–someone you can't let off the hook? Are you willing to accept responsibility for your own life and not blame anyone else for it?  Or do you believe that someone else caused your life to be the way it is, and they “owe” you for what they have done to you?

God offers your freedom from the debt of your sin through the sacrifice of His son. At the cross Jesus took your sins, failures, and hurts into himself so that you might be free of sin's guilt. You can see an illustration of forgiveness the cross offers in the life of Joseph who was treated so brutally and sold into slavery by his brothers. When his brothers were before Joseph needing help for their very survival, Joseph wasn't concerned about collecting a debt. He wasn't concerned about what they “owed” him.  He knew that they were going to find it hard enough to forgive themselves so he said, “Don’t be afraid of me. Am I God, that I can punish you?  You intended to harm me, but God intended it all for good. He brought me to this position so I could save the lives of many people” (Genesis 50:19-20, NLT).

His Faith in You 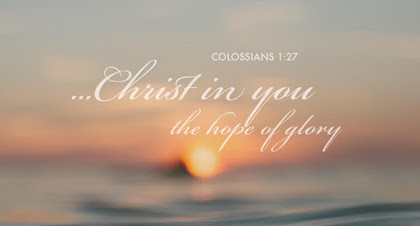