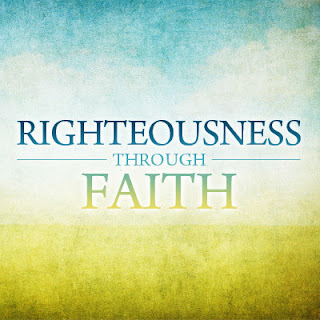 I was a member of the Pharisees, who demand the strictest obedience to the Jewish law. I was so zealous that I harshly persecuted the church. And as for righteousness, I obeyed the law without fault. I once thought these things were valuable, but now I consider them worthless because of what Christ has done. Yes, everything else is worthless when compared with the infinite value of knowing Christ Jesus my Lord. For his sake I have discarded everything else, counting it all as garbage, so that I could gain Christ and become one with him. I no longer count on my own righteousness through obeying the law; rather, I become righteous through faith in Christ. For God’s way of making us right with himself depends on faith.

Everything is worthless, Paul declared, when compared to knowing Jesus. Paul regarded his life before Christ as having no worth. Oh, he had been somebody in the eyes of the Jews. As a member of the Pharisees who demanded the sternest compliance to the law, Paul had persecuted and murdered Christians. He had strictly lived his life according to the law. But when he met Jesus on the road to Damascus, everything in his life changed. Everything became suddenly worthless when compared to the immeasurable value of knowing Jesus Christ.

Paul considered the way he lived his life before Jesus as being garbage. In becoming one with Christ, he discarded everything. “I no longer regard my own righteousness of any worth,” he declared. “Obeying the law does not save me. The only way I become righteous is through faith in Christ!”

Faith in Jesus Christ is the only way God makes you worthy to be His child. When you believe in Christ, you belong to God. Since God approves of you through the finished work of His Son, any work that you do to gain God’s approval is worthless. It becomes your work instead of His. When you work for Him, believing you have His approval and that He loves you completely, your work is an outpouring of who He is in you. "For God is working in you, giving you the desire and the power to do what pleases him" (Philippians 2:13, NLT).

When you met Jesus on your road to Damascus, everything changed for you, too. You, who knew sin, found forgiveness. You, who were unaccepted, became accepted. You, who were unworthy, became worthy. When you know who you are in Jesus, the way you work for Him changes. God pours the desire into your heart to do what pleases Him. No longer are you burdened by the demands of the law. You are free to live His righteousness and not struggle to live your own. You believe by faith in the Son of God.

“We are made right with God by placing our faith in Jesus Christ. And this is true for everyone who believes, no matter who we are” (Romans 3:22, NLT).

No matter who you are or what you have done, you are made right with God by putting your faith in Jesus Christ. You become one with Him when you believe in Him. Quit struggling for His approval and allow Him to put His desire in your heart.

His Truth in Your Heart

But the natural man does not receive the things of the Spirit of God, for they are foolishness to him; nor can he know them, because they ...