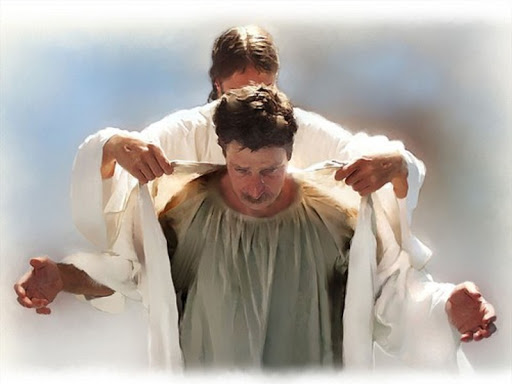 Our pastor taught yesterday on Bartimaeus, a blind beggar, who was determined to get Jesus’ attention. When Bartimaeus heard that Jesus was the reason for the large crowd, he began crying out loudly for the Lord to have mercy on him. Several in the crowd told him to be still and quiet, but Bartimaeus cried out louder. It didn’t matter that they were upset. Jesus heard Bartimaeus and called him to come to him. When some in the crowd heard Jesus calling him, they said to Bartimaeus, “Take courage. He is calling you.” Bartimaeus jumped up and came to Jesus. Jesus asked him what we wanted, and Bartimaeus said he wanted to regain his sight. And Jesus told him that his faith had made him well.

Often, we identify with an illness we experience—or a problem we have—or a failure we encounter, instead of identifying with Jesus. Jesus waits for us to move forward in faith, believing all things are possible in Him. It doesn’t matter what anyone else thinks or says. If Bartimaeus had waited for the perfect opportunity, he would have missed his healing. Jesus made it clear to Bartimaeus why he received his sight. "Your faith [and confident trust in My power]," Jesus said, "has made you well" (Mark 10:52, AMP).

Sometimes an illness or problem or failure we identify with becomes our comfort zone. It becomes our identity. We see ourselves less than Jesus sees us. But if we move toward Jesus believing He will heal us, we move away from the emotional and physical things we experience toward the spiritual truth of healing in Him. Feelings become less important. We start to see ourselves through the truth of His Word. Our perception changes and we identify with Jesus. He becomes our identity.

With what do you identify?  Is it Jesus, or is it an illness—your failure—your past? "Therefore if anyone is in Christ [that is, grafted in, joined to Him by faith in Him as Savior], he is a new creature [reborn and renewed by the Holy Spirit]; the old things [the previous moral and spiritual condition] have passed away. Behold, new things have come [because spiritual awakening brings a new life]" (2 Corinthians 5:17, AMP).

You are new in Jesus—reborn by His Spirit. Jesus doesn't see you as sinful or infirmed or a failure. He wishes you to see and understand what He has given you at Calvary. You are grafted and joined to Him by faith. Allow the Holy Spirit to reveal in His Word your new identity in Christ. Leave the baggage of your old self behind. Have confident faith. When you identify with Jesus, all things are possible. You will know His truth, and it will set you free. Just like Bartimaeus, fight the obstacles and believe.