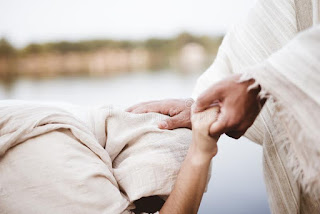 But he was pierced for our transgressions, he was crushed for our iniquities; the punishment that brought us peace was on him, and by his wounds we are healed.

I have had serious health issues that, until four months ago, were foreign to me. When I appeared to be making progress, another problem would raise its head. Just like anyone else, I want to feel good and experience good health. Healing is something we long to believe in. Yet somehow, believing in it can be elusive. It calls for faith and imagining something to be true that you can’t see or feel. This prophecy in Isaiah of the coming Savior has always fascinated me. Something astonishing follows the proclamation that, in His punishment and forgiveness for our sins, this Savior would bring us the peace of right standing with God. And what is that something?

Does healing in this verse sound more than just something we might or might not receive? According to Isaiah 53:5, isn't it a part of Christ's atonement for our sins on the Cross?  In the book of Matthew, after healing Peter's mother-in-law of a fever, Jesus healed those who came to Him who were demon-possessed and sick. The book of Mathew declares, "This fulfilled the word of the Lord through the prophet Isaiah, who said, ‘He took our sicknesses and removed our diseases'" (Matthew 8:17, NLT). Because Jesus had just healed those who were sick, this reference to Isaiah's prophecy reveals that the healing referred to in Isaiah is for sickness and disease.

Praise God that Jesus was the fulfillment of Isaiah’s prophecy! It was Jesus “who bore our sins in His own body on the tree, that we, having died to sins might live for righteousness—by whose stripes you were healed” (1 Peter 2:24, NKJV). Just as in Isaiah 53:5, this verse in 1 Peter also refers to both the forgiveness of sins and physical healing. Isaiah’s prophecy speaks of the Savior who would heal. 1 Peter 2:24 speaks of the Savior who has already healed—by His stripes you “were” healed. We, who believe in Jesus, were not only forgiven of our sins but also “were healed” of our diseases and sicknesses. Healing is part of the salvation Jesus purchased on the Cross. He paid the ultimate price of His life so that we would not only be saved from sin but also receive healing. Jesus doesn’t want us to be ridden with illness anymore that He wants us weighed down and condemned by sin.

“As you therefore have received Christ Jesus the Lord, so walk in Him,” Paul wrote (Colossians 2:6, NKJV). When we believed in Jesus as our Savior, we were not only saved. We were also healed. Just as we received Christ by faith, we also receive healing by faith. It is a matter of believing what Jesus has already done for us. When we choose to walk in what He says we have received, faith is our response to the Cross.

How do we find enough faith to believe? The Word has the answer. “Faith comes by hearing and hearing comes by the Word of God” (Romans 10:17, NKJV). When we don't know what the Word says about healing, it is hard to believe in it. But when we study and receive His Word, our faith grows. Both Isaiah 53:5 and 1 Peter 2:24 reveal that healing is a part of salvation. You receive salvation when you believe, and you also receive healing when you believe.

Prior to the healing of Peter’s mother-in-law in Matthew 8, Jesus had something to say to a Roman officer who had asked Jesus to heal his young servant. “Go back home," Jesus told the officer. "Because you believed, it has happened.”

Because you believed, it has happened! I love the words of Jesus here! I choose to believe what Jesus told the Roman officer. My journey to believe in healing is one of spiritual growth of faith in God. It is a learning process as I allow the Word to renew my mind with His Truth. I want to take hold of my healing just as Jesus took hold of me. I choose to believe by faith and trust in God's Son, who gave His life for me. I trust that the healing He purchased for me will one day be manifested in me.

“My child, pay attention to what I say,” the Holy Spirit speaks to my heart. “Listen carefully to my words. Don’t lose sight of them. Let them penetrate deep into your heart, for they bring life to those who find them, and healing to their whole body" (Proverbs 4:20-22, NLT).

Whatever were gains to me I now consider loss for the sake of Christ. What is more, I consider everything a loss because of the surpassing... 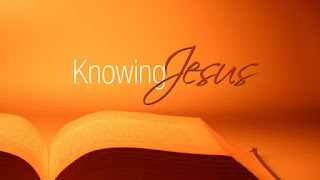